Can students with disabilities be disciplined?

Yes. However, any school response to special education behavior must comply with the requirements of the Individuals with Disabilities Education Act (IDEA). Under IDEA, a child with a disability is entitled to a free, appropriate public education (FAPE) in the least restrictive environment. Arbitrarily removing them from their educational program could be a denial of FAPE and IDEA. That is why there are specific procedural safeguards for students with disabilities.

Generally, the Texas Education Code grants schools the ability to discipline students for various actions; however schools must always comply with the IDEA.

First, the teacher has the discretion to remove a student from the classroom. If the teacher decides to remove a student for the purpose of maintain classroom order and discipline, they will send the student to the principal’s office. At that point, the principal will administer the appropriate discipline, consistent with the violations and disciplinary procedure set forth in the Student Code of Conduct.

When can a teacher remove a student from a class?

Texas law states that a teacher can remove a student who has done either of the following:

A teacher is allowed to document any student conduct that does not conform with the Code of Conduct and submit that documentation to the principal. If a teacher removes a student from their classroom, the student is not allowed to return to that teacher’s class without the teacher’s consent, unless a committee determines that such placement is the best option for the student.

What happens after a teacher removes a student from the classroom?

Once a student has been removed from a classroom, the principal will administer the appropriate disciplinary actions consistent with the Code of Conduct. The student may be placed in another appropriate classroom, placed into in-school suspension for up to three days, or placed into a disciplinary alternative education program (DAEP). As mentioned above, the principal cannot return the student to the original teacher’s classroom without that teacher’s consent or a committee decision.

What happens if the teacher refuses to consent to the student’s return to the classroom?

If a teacher refuses to consent to the student’s return to the classroom, a Placement Review Committee is convened. The committee consists of three appointed members: two teachers to serve as members (and one to serve as an alternate member) and one member from the school district’s professional staff. The teacher who is refusing to consent to the student’s return is not allowed to serve on the committee. The committee can determine whether the teacher’s class is the best or only appropriate placement and return the student to the classroom, or they can place the student in another appropriate classroom with a different teacher. If the student is returned to the original classroom and continues their disruptive behavior, the teacher is allowed to remove the student again.

What would cause a student to be placed into a DAEP?

A student must be removed from class and placed into a DAEP for engaging in the following conduct:

What happens once a principal decides to place a student in a DAEP?

What if I disagree with the DAEP placement?

My child has a disability and keeps getting disciplined for their behavior, what do I do?

It depends on the type of discipline your child is receiving. Under Texas law and IDEA, students with disabilities are expected to act in accordance with their school’s code of conduct. Violating the code is subject to disciplinary actions. If a child with a disability violates the code of conduct, the school is allowed to remove the child from their current placement to either another setting, an interim alternative educational setting, or place them in suspension for no more than 10 consecutive school days – provided that these disciplinary options are also applied to students without disabilities – and for additional removals of not more than 10 consecutive school days in the same school year for different incidents of misconduct. Any removal of more than 10 days can sometimes be considered a change in educational placement – but that determination is on a case-by-case basis. However, if your child is disciplined in a way that they are removed for additional days after the 10 day mark, they are entitled to receive educational services. Once your child meets the 10 day mark, the school must conduct a Manifestation Determination.

A Manifestation Determination is an IEP meeting consisting of the school administration, student’s parent/guardian, and relevant members of the student’s IEP team to review all the relevant information to determine if:

If it was determined that your child’s actions and conduct were a manifestation of their disability, the IEP team must either:

What exactly is a BIP?

“BIP” stands for a Behavior Intervention Plan. A BIP is a written plan, created by school administration and faculty along with the student’s parent/guardian, to prevent or stop poor behaviors and reward good behavior. A BIP has three parts: a description of the problem behavior, an explanation why the behavior is happening, and finally strategies and accommodations to modify and correct the behavior. If your child already has a Section 504 Plan or an IEP, they may already have a BIP in place as part of those plans. However, a student does not need to have a Section 504 Plan or IEP in order to have a BIP.

How does a school team figure out why my child is engaging in poor behaviors?

PBIS stands for Positive Behavioral Interventions and Supports. It is a schoolwide approach to teach positive behaviors, improve school safety, and various responses to student misbehaviors besides the more traditional forms of punishment. Through PBIS, teachers and school staff teach students about positive and appropriate behaviors and set clear expectations for student behaviors.

How exactly does PBIS work?

PBIS is set up in three separate tiers.

How is PBIS different than a BIP?

A BIP is individualized for each student from the very beginning. It looks at the student’s academic and behavior history and creates an individualized Plan to modify and correct poor behaviors through supports and accommodations. PBIS is a school effort to increase positive behaviors. With PBIS, a student struggling with their behaviors has to regress from Tier 1, to Tier 2, and then finally to Tier 3 before receiving an individualized plan to work with them on improving their behavior.

The Manifestation Determination said it was a manifestation of my child’s disability, but they were still placed in an interim alternative educational setting. Why?

There are a few types of student conduct where the school can remove a student to an interim alternative educational setting, whether it was determined their conduct was a manifestation of their disability or not. Such conduct includes:

What if I don’t agree with the placement decision or the manifestation determination?

Can a student who is not eligible for special education or related services have a Manifestation Determination?

It depends. There are times when a student who has not been determined to either be eligible for special education or related services may be entitled to the same procedural safeguards as a student with a disability. If the school had knowledge that the student was a child with a disability before the conduct that resulted in the disciplinary action took place. A school has knowledge when either:

However, the school is considered not to have knowledge when the parent/guardian of the child has either not allowed the child to be evaluated or has refused services; or if the child has been previously evaluated and determined not to be a child with a disability.

My child has a Section 504 Plan instead of an IEP – do they have the same rights as a student with an IEP? 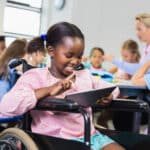 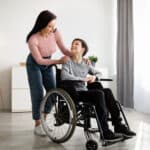 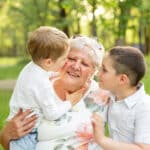 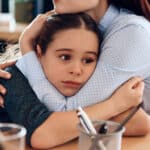 Amazing Attorneys...I would recommend them to anyone needing representation in this area. They are professional, courteous, they're just great people.

Best choice I could have made to help myself and my daughter. Extremely caring and compassionate! I couldn’t have done this alone, with the help of Andrea my daughter received everything she needed for me to feel safe with her returning to scho (...)

My family was extremely pleased with the services provided by Shields Law Firm and I highly recommend them to anyone looking to resolve their concerns in a quick and effective manner. The firm is extremely knowledgeable and friendly. We had the (...)